Parasites and behaviour in guppies


OK, Jacques just told us we should blog about our work, so I’ll try and explain what I’m actually doing- or trying to do at least. I recently joined the St-Pée lab as an assistant lecturer, after a postdoc with Andrew Hendry and Simon Reader in Montréal. This is where I discovered how fishes and particularly guppies are a wonderful model to test some exciting evolutionary concepts. Why guppies? Well, these fishes are an iconic (and pretty cute) model because they evolve rapidly in response to different ecological conditions. For instance, there are different lineages having evolved with or without predators, and with or without parasites in several Caribbean rivers, giving us access to totally independent instances of potential evolutionary divergence between contrasting environments. So they are a wonderful species model to test the parallel evolution of phenotypic responses to environmental variations in the wild (and you can go to the Caribbean islands to study them, which is not too bad either). 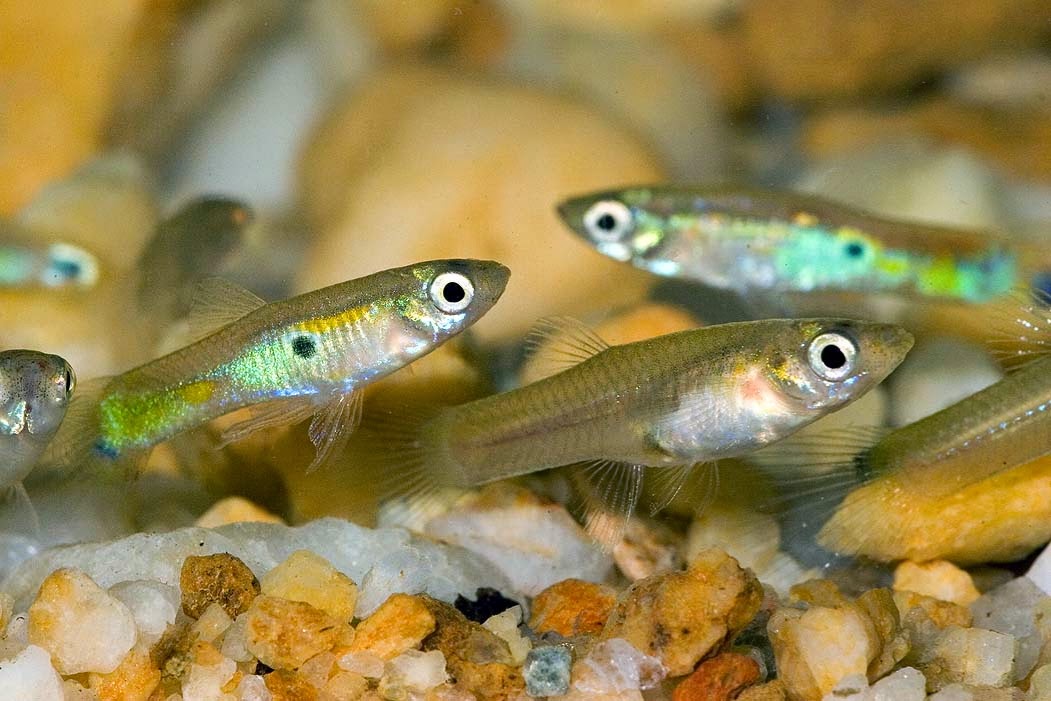 
The effect of predators was well characterized in this system. For instance, guppies having evolved with predators are more tenacious and have a higher pace-of life (meaning they reproduce sooner and more but die younger) than guppies having evolved without predators. This makes sense. If you have a high probability of an early death, you should reproduce as quickly as possible. But a big question remained. Do parasites have the same kind of effect or not? It is not obvious. After all, even if parasites can affect their host fitness by weakening them, they are not supposed to kill them, or they might die as well. So, do parasites matter and are they able to affect the evolutionary trajectories of their hosts?  Andrew and coworkers set up a nice set of studies to test these hypotheses on morphological and life-history traits. Below is a picture of the kind of parasite they choose to focus on: these nasty critters are called Gyrodactylus, they fix themselves on the skin of fishes using their hooks, and feed from the mucus of their poor hosts. When the fish is not juicy anymore, they can jump on another fish through fish-to-fish contact. Lovely, don’t you think? 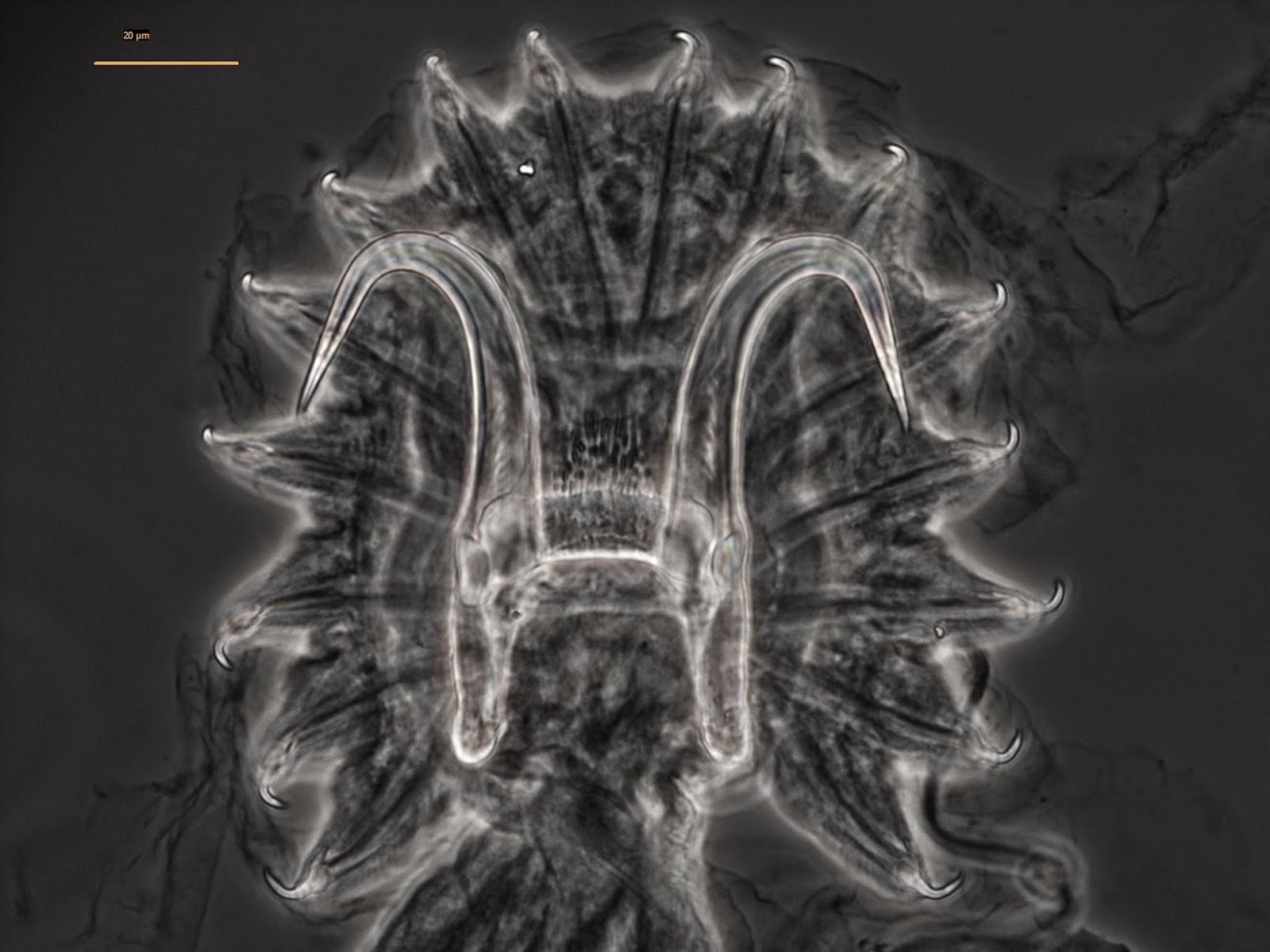 
As for me, I was particularly interested in how these fascinating little parasites could affect the evolution of their host behavior. I knew from my PhD on birds how parasites could enhance host immune system across generations, but it seemed to me that they should also affect the evolution of their host behavior. After all, the best way of avoiding the pathogenic effects of parasites is to avoid encountering them. It may even spare you the costs of mounting a costly immune response. So I was lucky enough to convince the Fyssen foundation to fund my project, and this is how I ended testing how parasites could drive the evolution of personality traits (consistent behavioral traits across contexts) and syndromes (suites of interrelated behaviors) in guppies. We focused on boldness (reaction towards stressful situations), activity and sociability, and the link between those behaviors (syndromes). Indeed, when you evolve with parasites, maybe you should be shyer to avoid being exposed to parasites and/or evolve a lower tendency to join conspecifics since they may infect you. In a nutshell, parasites might shape the different sets of behaviors you should display towards new situations and conspecifics. To test those hypotheses, we compared different guppy populations having evolved with or without predators and with or without parasites in two independent replicate rivers in Trinidad. That’s how I ended up fishing guppies in the wonderful rivers of Trinidad in the Caribs (+30°C) and testing their behavior  in the lab in Montréal (-30°C) (yes, I let you imagine how hard it was to get off the plane). 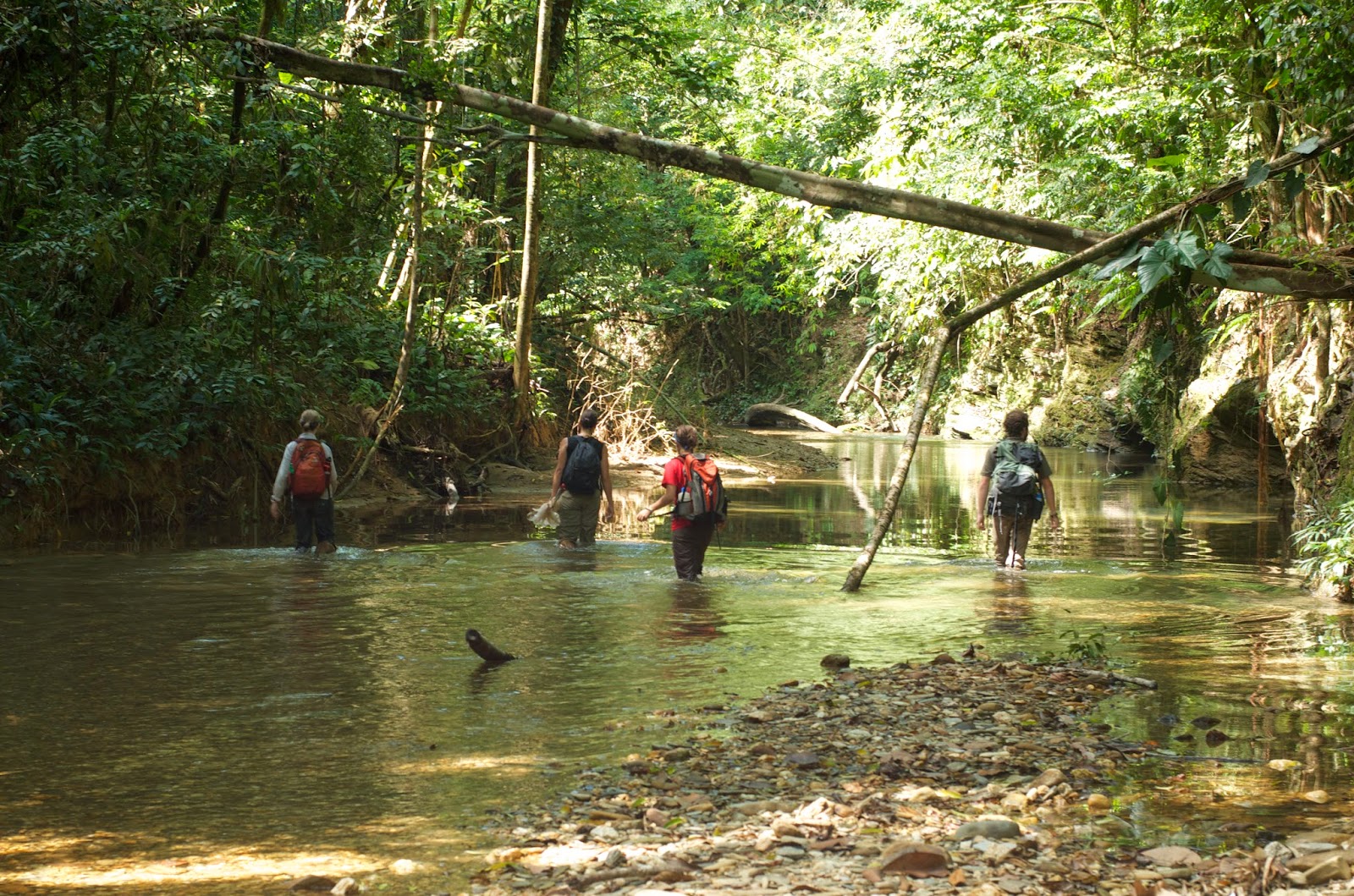 To be honest, I expected behavior to vary greatly and not necessarily in a predictable manner. But to my surprise, fish displayed consistent and quite parallel differences in their behaviors between different rivers, even after two generations raised in the lab. Look at those nice graphs (thank you Amandine). 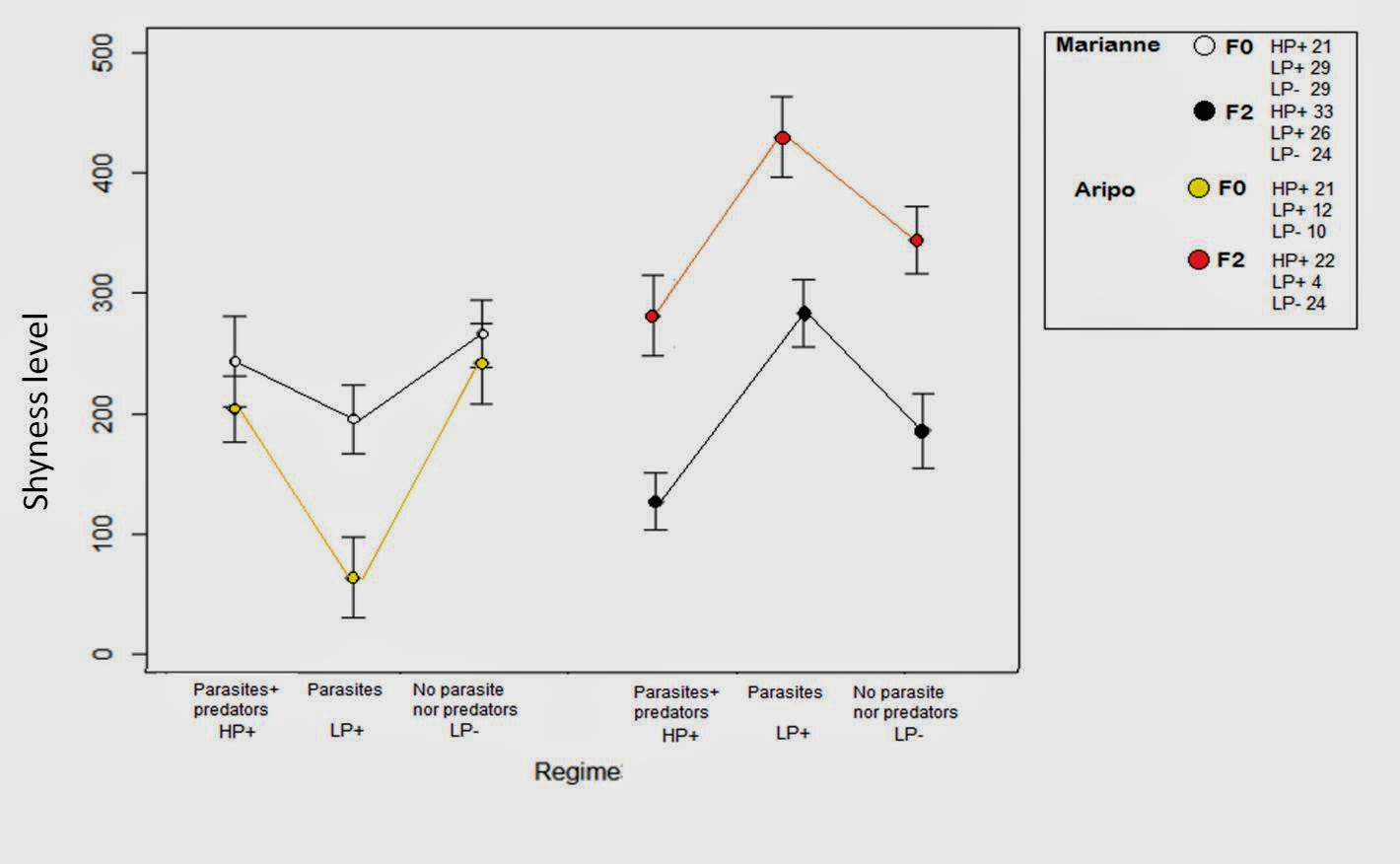 Fig 4: Shyness level (measured as the latency to leave a shelter in seconds) in guppies having evolved in contrasted evolutionary regimes in two independent rivers (Marianne and Aripo).

On the left is the shyness level (latency to leave a shelter) of wild-caught guppies (generation F0) from different evolutionary regimes (having evolved with parasites and predators, parasites only, or no parasite and no predator- you can’t have sites with predators only because of the topography of the rivers) within the two independent rivers (Marianne in white and Aripo in yellow). On the right we tested again the behavior of the F2 lab-raised generation (the babies of their babies) to see if behavioral differences stemmed from environmental or genetic-based factors. Well, you can see some variations between the F0 and the F2 generation, which might be due to environmental effects or habituation to captivity across generations. But the differences in behavior between evolutionary regimes remain pretty parallel in the Marianne and the Aripo rivers, even at the F2 generation.


This suggests that whatever the initial genetic background of the populations and the environmental variations between the two independent rivers (those rivers were quite different in a lot of aspects), predators seem to consistently drive the evolution of a genetic-based bolder behavior (this had been already shown before). And more importantly, parasites seem to consistently drive the evolution of a shyer behavior in a parallel way in the two rivers. In other words, parasites seem to repeatably select for a more cautious behavior, maybe because it can decrease the fish chances to encounter a parasite, although this adaptive interpretation remain to be tested. We also tested other behaviors and the links between them, and saw that activity is also affected, as well as shoaling, but in a more complex way. In addition, predators and parasites seemed to decouple the correlations between traits, that is to say, the structure of syndromes. This suggests that predators and parasites not only affect the mean value of behavioral traits, but also impact the whole structure of behavioral packages that individuals can display.


This is pretty exciting, and supports the hypothesis that selection act on suites of behavioral traits as a whole rather than on isolated traits, and that parasites might be a more potent evolutionary force than previously thought. And more importantly, this helps us realizing how parasites can have a central role in shaping the diversity of life. So, next time you see a parasite, think about it. It might hurt you a little bit, but it might also affect the evolution of your gran-gran children. Pretty scary…

Barber, I., Dingemanse, N.J., 2010. Parasitism and the evolutionary ecology of animal personality. Philosophical Transactions of the Royal Society B: Biological Sciences 365, 4077–4088.