Brown trout is a flagship of the importance of intraspecific diversity: in its distribution area, this species presents in fact at least 5 distinct genetic lineages, that have probably evolved in separate geographic entities for several hundreds of thousands of years [1]. The Atlantic lineage on the Atlantic ark, the Danubian lineage in the Danube basin, and in the southernmost region, the Mediterranean, Adriatic, and Marmorata lineages. While adaptation could have played a potential role in the divergence of these gene pools [2], we do not have evidence until now that each lineage is particularly adapted to its environment. But still, the genetic variation between these lineages is a wonder, and it is slowly gathering the attention of fish population managers.

But as the story goes, human activities have quickly turned the tables, and these lineages are not isolated from each other anymore. In particular, the Mediterranean area has undergone heavy stocking management practices for more than a century. We here refer to tenths of millions of individuals released in the Mediterranean area, all of them originating from the Atlantic lineage. The outcome of these intensive stocking practices is relatively heterogeneous, but we mainly observe the creation of large hydrid zones, with often the extirpation of the pure Mediterranean breed [3]. Genetic studies however question the level of reproductive isolation between these two lineages, sometimes showing that some reproductive barriers could be at work in natural rivers.

Well, one way to investigate this question is to look directly at the reproduction in natura. That is what Jordi Gil did during his PhD, among other things. Basically, he went and observed reproductive behaviour in the populations of brown trout in Haute-Savoie, french northern Alps. Using cameras, he was able to record hundreds of hours of behavioural sequences in freezing conditions. 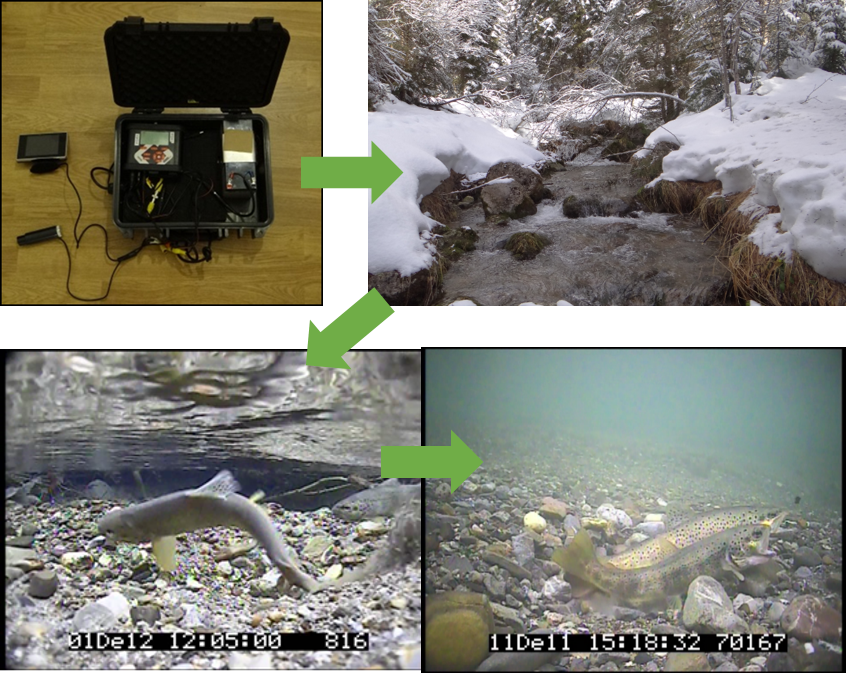 Figure 1: To observe reproductive behaviour, we use a system that includes sub-aquatic analogic cameras (robust stuff), a recorder and some battery, everything packed up in a little waterproof box. Such system has to be efficient in harsh environments like here in Haute Savoie during winter. A lot of behavioural items can be sampled that way, such as female digging activity, mating, and it also allows to ascertain fish's phenotypes (Pictures from Jordi Gil).

But of course, this is not really helpful if you do not know to which lineage belong the fish you are observing. It turns out that the two lineages have very different phenotypes [4], and using these phenotypic indicators, it is possible to score individuals, in order to ascertain their lineage, or even to detect if they are hybrids, and if they are closer from one lineage for instance (see Figure 2 below). 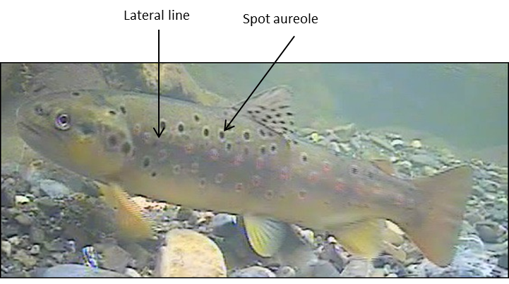 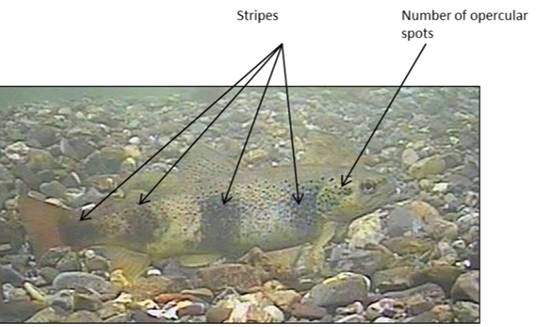 Figure 2: typical robes of an Atlantic trout (above) and a Mediterranean trout (below). The ATL lineage is characterized by the presence of a visible lateral line, as well as aureoles around large black spots. The MED lineage lacks this visible lateral line, presents a large number of small spots, especially on the opercular area, and also shows vertical stripes (Pictures from Jordi Gil).

Jordi then investigated how females reacted to each male presence around the nest [5]. They could be more or less friendly, by trying to escape the male (and therefore leaving the nest), or on the contrary by staying on the nest, and even displaying intense maternal care activity in the presence of some males.
Basically, the questions were:
- Do females select males at random conditional on male's robe ?
- If they express any preference, does this preference depend on the female origin/lineage ?


What Jordi found is at the same time unsurprising and interesting. Females do express a preference for males robe, a thing that was not known before in natural populations of brown trout. But this preference is not expressed toward a precise robe, it is conditional on the difference of robe between the male, and the female herself: females tend to prefer males that present a robe different from their own (See some predictions in Figure 3). 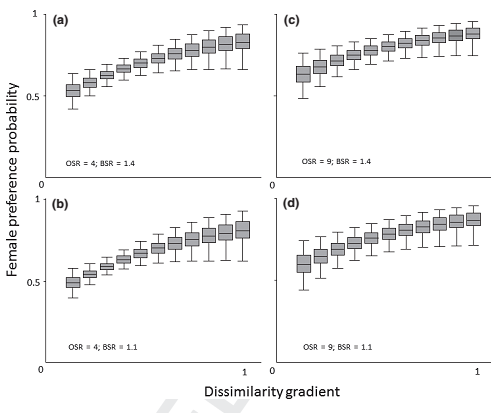 Figure 3 : a glimpse at female preference. Here, the female preference is expressed between 0 and 1, 1 meaning that the female will be friendly, and show digging activity when a male arrives on the nest. This preference is plotted against the dissimilarity of phenotype between the female and the male. The predictions from the model were made for various conditions of operational sex ratio (OSR, how many males compete for a female) and body size ratio (ratio of male size on female size). The result is pretty clear in any conditions: female prefer dissimilar robes.

And because robe differs between lineages, this heterogamous female preference will favour gene flow between the two lineages when they are placed in sympatry, a situation commonly provoked by the stocking practices. Brown trout reproductive behaviour is therefore a catalyst of introgression and will aggravate intra-specific diversity loss during secondary contacts, if maximal diversity is viewed as the maintenance of separate genetic lineages.
From a theoretical point of view however, this is more surprising. The two lineages have evolved separately over hundreds of thousands of years, and yet, no reproductive barrier regarding intersexual preference seems to have evolved, quite the contrary. It is often expected that inter-sexual preference should be directed at traits of adaptive significance, and one would expect that adaptive traits may have evolved over ages, thereby implying a divergent evolution of intersexual preference.

Well, too bad, we will have to come up with new and alternative explanations!